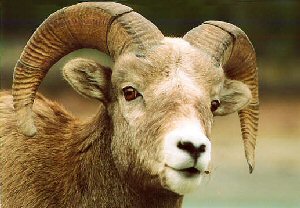 The goats were the first livestock animal to be domesticated. The pinpoint this landmark moment: 10,000 years ago in southern Kurdistan in Gaji Dara [Genjí Dara]. The wild rocky mountain goats from highlands in Zagros mountain chain in Kurdistan calls “KELL” in Kurdish. Goats belong, scientifically, to the Bovidae family within the suborder of ruminants (chevrotain, deer, elk, caribou, moose, giraffe, okapi, antelope), who besides the other suborders of camels, swine and hippopotamuses make up the order of eventoed hoofed animals called artiodactyla. They have evolved 20 million years ago in the Miocene Age, much later than horses, donkeys, zebras, tapirs, rhinoceroses, who make up the order of uneventoed hoofed animals; and the hyrax, elephants, manatees who make up the ancient near-hoofed animals. All these are herbivorous mammals, i.e., they live from plants and nurse their young with milk from an external gland after the young is born, having been carried in pregnancy to term relatively long in an internal uterus with a complex, nourishing placenta.

The Kurdish wild rocky mountain goats “KELL” has become a national symbol in Kurdistan. Kell can be terraced in the Kurdish folklore, archaeological artifacts and art works. The kell is a symbols of power and strength in Kurdish literature.

The image of kell has been found on many archaeological artifacts from the sites in Kirmashan, Zéwe, Seqiz, and Qizqapan.

Mating occurs from November to January, with the births taking place in late May and early June. Kids are able to follow their mothers within a week, and, once weaned, are driven away by their mothers as the next young is born.

Rocky Mountain goats are most active in the late afternoon and early morning, and frequently continue grazing throughout the night. Movements throughout the 24-hour day generally cover several hundred meters / yards. Resting spots are often shallow depressions excavated using the front feet, which they also use when searching for salt. Mountain goats are renowned for their exceptional speed and agility on steep terrain, and have been known to cover over 450 vertical meters / 1,500 vertical feet in a time span of just 20 minutes. Home ranges average about 23 square kilometers in size, although in winter, these become much smaller. Population densities vary widely (up to 14 animals per square kilometer), although the average figure is thought to be between 1 and 2 animals per square kilometer. The rare fights between rival males are extremely violent, often causing serious injury or death. Opponents thrust their sharp horns at each others flanks and rump in an attempt to gore the soft flesh.

Family group: During the warmer months, groups of less than four animals are normal, while adult males are frequently solitary. However, during the winter these groups join together to form large herds.